Recently composed this FILMINK profile on Marneen Fields and her great stunt career which culminated with her winning the Legendary Stunt Award in Las Vegas recently. Click on the link below to check it out! 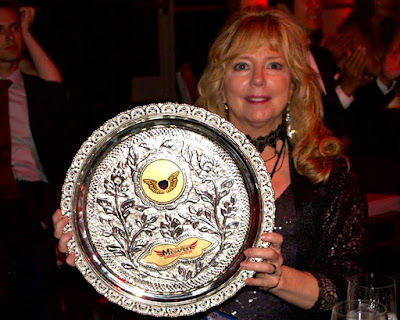 Posted by John Harrison at 2:11 AM 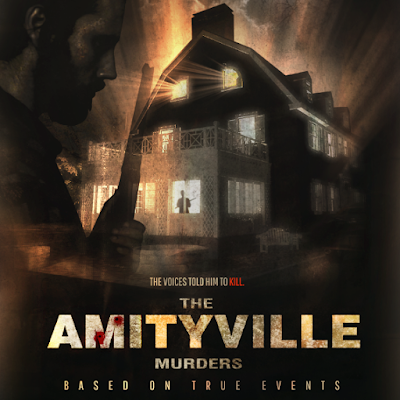 Australia seems to be one of the first places in the world to see THE AMITYVILLE MURDERS, the new film by Daniel Farrands that has been released locally (on DVD only) by Defiant Entertainment. Subtitled “A Haunting on Long Island” to give it a bit of marketing tie-in to THE HAUNTING IN CONNECTICUT (2009) from the same studios, THE AMITYVILLE MURDERS is of course yet another film to be based on the infamous events which took place in the early-seventies in the now-iconic Dutch Colonial house on Long Island with the sinister window eyes. Though the slaughter by Ronald DeFeo Jr. of six members of his family made headlines in New York and other parts of the US when it occurred on November 13, 1974, it was the subsequent claims of hauntings by the next tenants of the property, George and Kathy Lutz and their three kids, that the story became a worldwide phenomenon. The publication of Jay Anson’s sensational best-seller THE AMITYVILLE HORROR in 1977, followed by the film adaptation in 1979, helped embed the case in the psyche of the public at the time. The 70s were a time when the mainstream were embracing and experimenting with ESP, UFO hysteria, Bigfoot sightings and paranormal events, making the events of THE AMITYVILLE HORROR all the more palpable and believable to the target audience of its day. Of course, one of the angles which makes THE AMITYVILLE HORROR so fascinating is that a very vital part of it is absolutely true. Ron DeFeo DID kill his family in a mass-murder rampage through that house in 1974. So regardless of the validity of everything that came afterwards, the Amityville legend was born from bloody, violent fact.
So far there have been around twenty (!) films based on the Amityville events and its legacy. Not to mention countless documentaries. But really, all most people need to see are the original 1979 film with Margot Kidder and James Brolin, Damiano Damiani’s remarkably sleazy sequel AMITYVILLE II: THE POSSESSION (1982) and perhaps the 2005 remake with Ryan Reynolds and Melissa George. AMITYVILLE 3-D (1983) also provided some moments of fun in that format. THE AMITYVILLE MURDERS attempts to dramatize the events leading up to the DeFeo murders, with the apparitions and voices which the killer later claimed had driven him to commit the massacre (his insanity plea failed and was sentenced to life in prison, where he remains).
The problem at this point is that events have really become so familiar that it’s hard for a film like THE AMITYVILLE MURDERS to add anything new. AMITYVILLE II: THE POSSESSION depicted the same events (though with a fictionalized family) with much more tension and frisson, and with some genuinely impressive physical make-up effects by John Caglioni, Jr. The low-budget of THE AMITYVILLE MURDERS unfortunately shows in its very cheap and unconvincing computer effects, and there’s always something off about a movie with an early-seventies setting that’s filmed on HD digital, something that stops you from being able to get fully immersed and involved. It’s like watching a re-enactment of a famous crime on an episode of FORENSIC FILES.
The biggest positive which THE AMITYVILLE MURDERS has going for it is the performance from Diane Franklin in the female lead. As a twenty-year-old, Franklin played Patricia Montelli, teenaged daughter to Burt Young and Rutanya Alder in AMITYVILLE II: THE POSSESSION. After indulging in an incestuous relationship with her possessed older brother Sonny (Jack Magner) who later kills her during his rampage, Franklin comes full-circle in THE AMITYVILLE MURDERS, playing Louise DeFeo, the matriarch of the DeFeo clan, who with her family live in fear under the angry, ruling hand (and leather belt) of husband Ronnie (Paul Ben-Victor). With her big hair and period clothing, Franklin is the most assured of the cast, and brings a genuine sense of a devoted wife and mother trying her best to convince herself that all is right in her world when in reality her entire family is clearly crumbling around her.  It’s nice to see her graduate to the next generation with her role in AMITYVILLE II: THE POSSESSION, and her father in that film, Burt Young, also shows up in THE AMITYVILLE MURDERS playing the generous grandfather to the DeFeo clan. The appearances of Franklin and Young certainly make THE AMITYVILL MURDERS required viewing for those die-hard fans of AMITYVILLE II: THE POSSESSION.
Writer/director Daniel Farrands has given horror fans some wonderful documentary films over the past several years, including NEVER SLEEP AGAIN: THE ELM STREET LEGACY (2010) and CRYSTAL LAKE MEMORIES: THE COMPLETE HISTORY OF FRIDAY THE 13th (2013), as well as writing the screenplay for HALLOWEEN: THE CURSE OF MICHAEL MYERS (1995). He is clearly a genuine fan of the genre and certainly shows some talent and potential as a feature director, but THE AMITYVILLE MURDERS sadly does not demonstrate enough skill or, more importantly, contain enough tension or scares to make it a worthwhile viewing experience or even a passable fright flick. Here’s hoping his upcoming THE HAUNTING OF SHARON TATE, a fictionalized account of the terrifying visions which the young actress had in the lead-up to her death at the hands of the Charles Manson Family, at least tries to add something different and unique to another infamous crime case which has also been covered from just about every conceivable angle in the fifty years since it occurred.