Amazingly, it was 39 years ago last week since Toni Basil hit the number one spot on the American pop charts with her classic signature hit, "Mickey". It was just one of the many accomplishments achieved by this very multi-talented artist. In Australia, the song became a big hit much earlier in the year, hitting top spot in April of 1982 and ending up the sixth-biggest selling single in the country for that year. The music video for the song, with the cheerleaders, is well known, but I also love this performance of it from Toni's 1981 BBC special, which also features dancers Shabba Doo and Spazz Attack. Quicky, creative, and 100% Toni Basil!

Toni has also been appearing as a guest on several prominent podcasts this past week, as she promotes her hot new single, "Wham (Re-Bop-Boom-Bam"), the classic Eddie Durham/Taps Miller swing jazz number which Toni has performed on TV in the past (including a truly sizzling rendition of it on the 1978 JERRY LEWIS TELETHON). Visit the links below to watch and listen to Toni's latest podcast appearances, it is always terrific to hear her speak about the many varied facets of her remarkable career, always lots of fun listening to her on Sid Kroft's Instagram live installments. Her knowledge of dance and choreography are second-to-none.
TONI BASIL ON 'CONFESSIONS': TWITCH TV 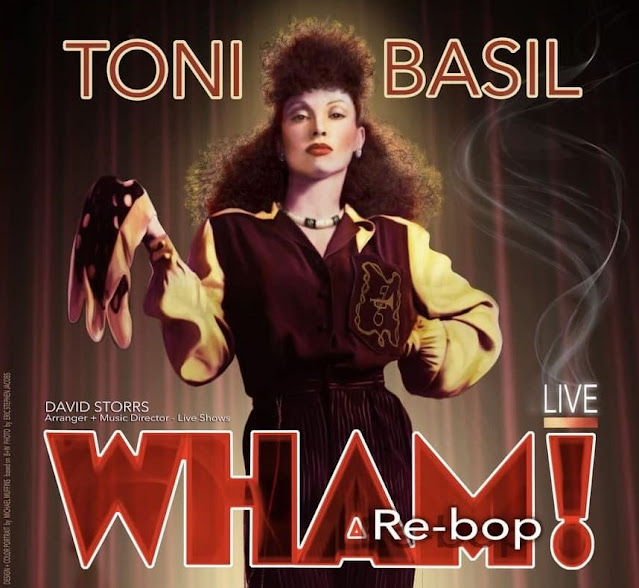 And don't forget, you can read my five-plus page exclusive interview with Toni in the current issue of the US film magazine SHOCK CINEMA, which is available on newsstands, specialty shops, or via mail-order from the publisher direct. While Toni (still incredibly stylish, beautiful, and energetic) has had a career that encompasses many fields, in SHICK CINEMA the discussion is mostly about her extensive film career, both as an actress, choreographer, and dancer, working on such classics and cult gems as VILLAGE OF THE GIANTS (1965), HEAD (1968), EASY RIDER (1976), MOTHER, JUGS & SPEED (1976), ROCKULA (1990), and ONCE UPON A TIME...IN HOLLYWOOD (2019).

You can also visit Toni's website for more info, clips, and cool swag including an array of great TB t-shirts! 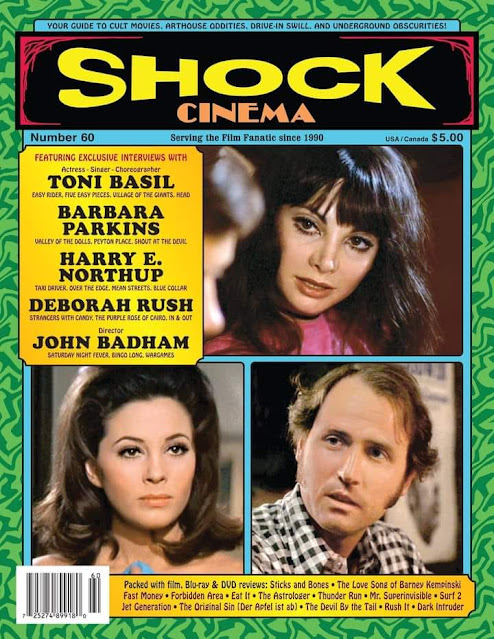 Posted by John Harrison at 1:04 AM