THE CHEATER: THE KILLING OF WALTER SCOTT 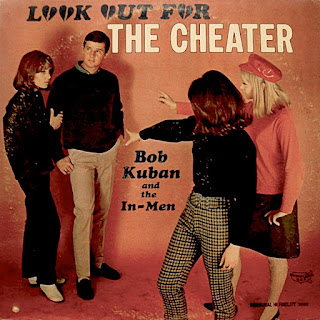 In the mid-1960s, the classic (though somewhat forgotten) pop song The Cheater became not only a one-hit wonder for Bob Cuban and the In-Men, but a grim foretelling of the fate of it’s singer, Walter Scott.

Hailing from St. Louis, Missouri (launching place for the careers of Chuck Berry and Tina Turner), Walter Scott was a wiry, handsome singer, with an energetic stage presence and wide vocal range that made him a natural frontman for a pop combo.

Released in 1966, The Cheater would eventually climb to number 12 on the American pop charts, selling over a million copies and landing the band a spot performing the song on Dick Clark’s American Bandstand. Unfortunately, like so many acts, the band were never able to replicate the song’s success, and for the majority of the 1970s and early-80s, Walter Scott eked out a living playing the gruelling low-rent nightclub circuit, where The Cheater became his signature tune and the highlight of his cabaret-like set.

Although his star had faded, Scott still caught the eye of many of the local women in the small towns he performed in, and he often indulged in one-nighters while still married to his first wife, Doris. The relationship inevitably dissolved and Scott married Joanne Calcutta, a rather harsh looking woman that the singer had met while on the road. But Scott’s second marriage - and the lessons he should have learned from his first - didn’t stop him from initiating an affair with one of his back-up dancers, a leggy blonde named Suzanne Flynn. Joanne retaliated in kind by starting up an affair with Jim Williams, a large, bear-like electrician she had hired to do some work around the home. In what was rapidly descending into some bizarre, cheap-thrills soap opera, Williams was also cheating on his wife of twenty years, Sharon. 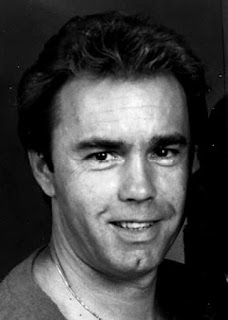 On October of 1983, Sharon Williams was killed in an automobile accident, when her car ran off the road and burst into flames. Although Sharon had suffered a serious head injury, the car itself received only minor damage, and Williams took his wife off life support the following day, after doctors advised him she was likely to remain in a coma for the remainder of her life.

Two months after the death of Sharon Williams, as Christmas approached, Walter Scott mysteriously disappeared. Scott’s parents immediately smelled a rat when, the day after Walter disappeared, they discovered Jim Williams at their son’s home, appraising his substantial jewellery and gun collection. Joanne also aroused suspicion when she immediately cancelled all of her husband’s future engagements. While Scott’s car was found in the parking lot of the St. Louis airport, there was no record of him having booked a flight under his own name, and investigators combing the icy surrounds uncovered no trace of the singer. The trail soon turned cold. Not long after, Joanne Scott married Jim Williams.

When forensic pathologist Mary Case was bought in by the St. Louis hospital to go over the case files of several suspicious deaths, she soon uncovered irregularities in the fatal car accident of Sharon Williams. The drivers’ seat of the car had been pushed all the way back, even though Sharon was a small woman, and hospital staff who worked on the woman felt she had the smell of gasoline on her when she was brought in. Sharon’s body was exhumed, and an autopsy revealed the cause of death to be two blows to the back of her head with a blunt instrument. Her death was subsequently ruled a homicide, and Jim Williams became the prime suspect. Police also suspected a link between the death of Sharon Williams and the disappearance of Walter Scott, who had now been missing for over three years.

It was Jim William’s estranged son, Jimmy, who would eventually provide police with the vital piece of information needed to crack open the case. Serving time in a Florida prison, Jimmy sarcastically teased detectives about their inability to locate Walter Scott, then revealed that, not long after Scott disappeared - and in the middle of a freezing winter snowstorm - his father had suddenly build a large flower box over the cistern in his backyard. Police took out a warrant to search the Williams home, and after removing the flower box and digging through the layer of thick concrete that had been laid across the cistern, they looked down into the pool of foul smelling water and discovered the decomposed body of Walter Scott, bound by rope and weighed down by bricks. He had been shot in the back at point blank range. His body was dressed in what his parents described as Scott’s lounging attire - track suit and socks - indicating he had been murdered at home.

Amazingly, Jim Williams denied killing Scott or having any involvement in his disappearance ("If I’m gonna kill a man I’m gonna shoot him right between the eyes, I ain’t gonna take the chance on missing the heart by shooting him in the back.”). Authorities didn’t buy Williams’ suggestions that his son Jimmy may have set up the killing as a way to get back at his hated father , and he was arrested for the murders of both Walter Scott and his former wife Sharon. Joanne Williams was also charged in relation to Walter’s murder.

Jim Williams was subsequently found guilty of two counts of capital murder and sentenced to life in prison, without parole. Thanks to the presence of only circumstantial evidence, Joanne Williams’ trial never made it to a courthouse, although she did serve 18 months for hindering an investigation. To Walter Scott’s parents, however, who believe only one person could have gotten close enough to their son to shoot him in the back at close range in his own home, their former daughter-in-law got away with murder.

Watch out for the cheater, indeed.