HELL OF THE LIVING DEAD

Mean zombie kid wakes-up hungry for lunch in Bruno Mattei’s Hell of the Living Dead (aka Virus aka Night of the Zombies). I love this 1980 Dawn of the Dead knock-off from Italy (it even uses Goblin’s classic Dawn score, and apes the opening SWAT segment from Romero’s classic). Lots of gory, kooky fun but also has a real grotty, oppressive atmosphere to it. Great cast of sweaty faces, though Margit Evelyn Newton certainly pretties up the Papua New Guinea jungle setting (the film was actually shot on the outskirts of Barcelona, with obvious stock footage used to create the jungle ambience). I love how Newton’s reporter character, and her male cameraman, both figure that knee-high leather boots make suitable attire to go prancing around the hostile jungle in, and no one is spared a grisly death (Newton’s death being particularly gruesome). Like Fulci’s Zombie (1979), the film ends with the living dead infecting major cities, seemingly sealing humanity’s faith (or at least leaving the door open for a sequel).


Some brilliant lines of dialogue as well (“Buildings have people in them, I think we’ll go and investigate”), my favourite being this exchange between two technicians checking the safety dials at a chemical plant:

Tech 1: “She may not know much about chemistry, but in bed her reactions are terrific.”
Tech 2: “I’m not surprised, with that cute little ass of hers.”
Tech 1: “I’m a tit man, myself.” 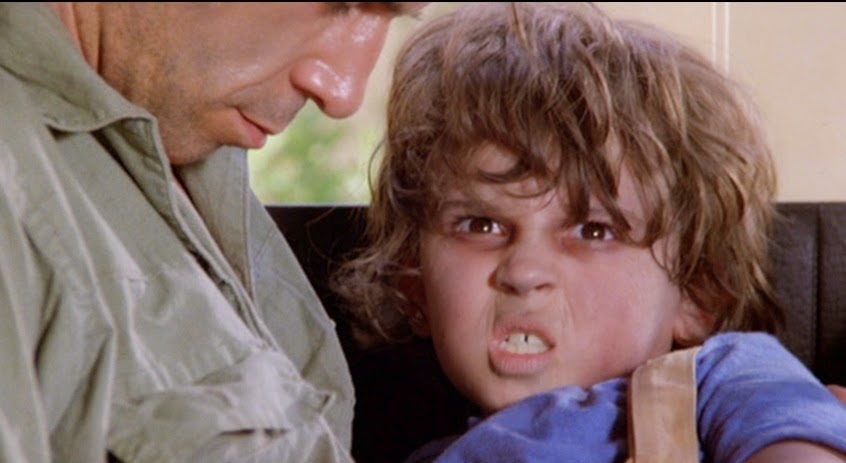 Posted by John Harrison at 3:35 AM

Thoroughly enjoyed, and highly recommend, Daniel Best's new book on the history of Australia’s Newton Comics. Melbourne based, Newton Comics burned brightly but briefly in the Australia of the mid-70s, introducing many Aussie kids of that era to the Marvel roster of superheroes for the first time. Certainly it was the first time kids like me got to read some of those classic early origin stories and art by the likes of Steve Ditko and Jack Kirby, even if it was only in black ...& white. Newton Comics also offered cool extras like pull-out posters, iron-on transfers, prizes and swap cards (to be placed in an album that seemingly no one who sent in their hard earned dollar for ever received).


Newton Comics - The Rise & Fall tells the early history of Marvel Comics in Australia, as well as the story of Maxwell Newton, the enigmatic publisher who ripped-off Marvel and managed to put over 180 different comic books on the newsstands within a year before it all crumbled around him (could you imagine someone today daring to thumb their nose at the mighty Marvel legal machine?).

Best’s book also contains a complete illustrated bibliography of Newton titles (including stories contained in each issue, details of posters and swap cards attached, etc.), as well as promotional items (would love those Planet of the Apes giveaway samples) and lots of documents that reveal Newton’s legal troubles. There’s even a reprint of an original Apes script submitted to Newton, when the company briefly considered writing and illustrating their own stories (something that would have come out of necessity, since Marvel were highly unlikely to keep providing original art when the payments to them were not forthcoming).

A great nostalgia piece as well as an excellent reference work, my only gripe with Newton Comics - The Rise & Fall is that I wish it were a hard copy book that I could keep on my shelf. But hey, for a measly $5.00 you can’t complain.

Now excuse me while I go scan eBay to search for all those Newtons I had as a kid and never held onto (though they certainly aren’t as cheap as they used to be, with some copies in nice condition selling for three-figure sums in the early 2000s).

You can order the book here:
http://ohdannyboy.blogspot.com.au/…/newton-comics-rise-fall… 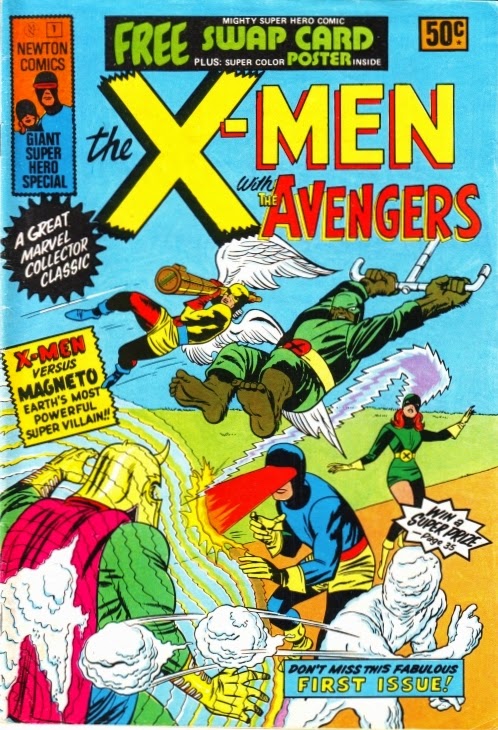 Posted by John Harrison at 3:31 AM

Latest issue of Richard Kelemensen's Little Shoppe of Horrors turned up in the post recently and looks like another beauty. This issue contains an interview I conducted some years back with the late Australian actor Charles 'Bud' Tingwell, talking about his role in the 1965 Hammer Horror classic Dracula - Prince of Darkness. 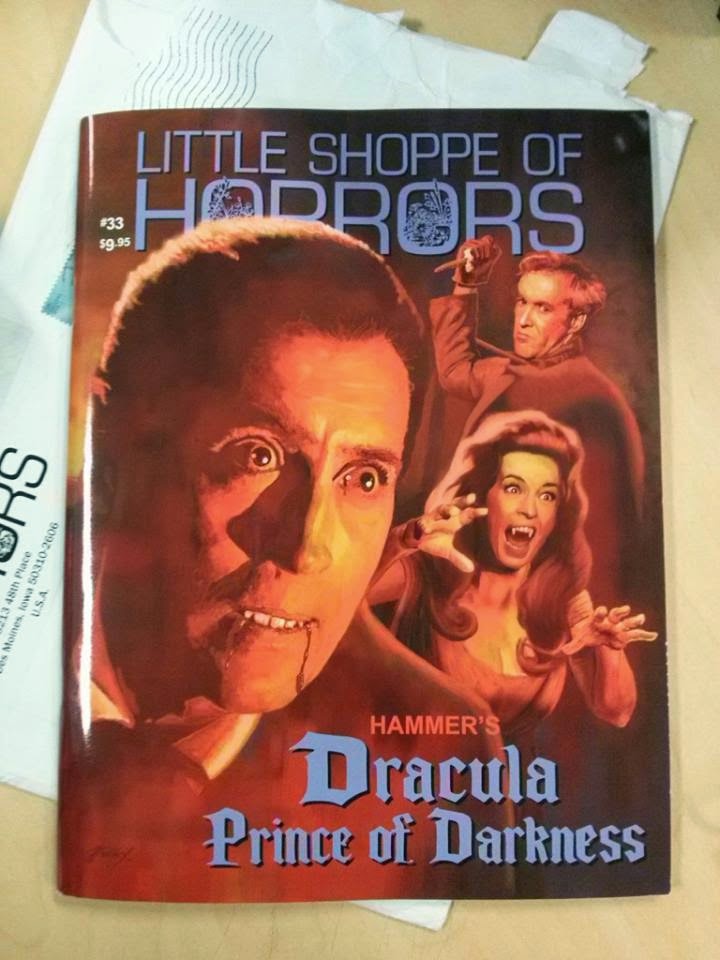 Posted by John Harrison at 9:01 PM

It’s taken me long enough, but I recently decided to start watching American Horror Story, naturally starting from scratch. So far I have gone through the first season (Murder House) and am about half-way through the second (Asylum). I don’t think Asylum is as effective or engrossing as Murder House, at least thus far. The characters aren’t as interesting and the plot tends to go way over the top due to its sanatorium setting. Murder House had a bit more subtlety to it, a more pervasive mood of the supernatural, and characters that I felt more invested in. But Asylum still has it’s great moments, and a pretty creepy performance by James Cromwell, and Jessica Lange is exceptional in both seasons...I’m looking forward to eventually catching-up with third (Coven) and especially the current fourth season, Freakshow.

Especially nice to see Jennifer Salt as one of the producers and writers on the show...I always thought the former actress was pretty cute and radiated an early-seventies naturalness about her, particularly as Cornel Wilde’s daughter in the 1972 telemovie Gargoyles, which was a bit of a late, late show weekend favourite when I was a kid. Posted by John Harrison at 8:52 PM