THE SWARM INVADES THE ASTOR!

Was wonderful to see my "Queen Bee" Marneen Lynne Fields receiving a rosuing reception when she joined the hosts of Cinema Fiasco to introduce their screeing of Irwin Allen's THE SWARM at the Astor Theatre on Friday evening. Marneen of course worked on the film as a stunt-actress, playing the screaming female train passanger sitting behind Fred MacMurray and Olivia de Havilland, as well as doing an amazing stunt where she is flipped out of the burning train carriage window as it derails and falls down a cliff! Filming of the stunt itself can be seen in the excellent vintage making-of featurette INSIDE THE SWARM.
Marneen shared some anectodes about working on THE SWARM and with Irwin Allen to a packed Astor crowd, and the hosts made mention of her other work, with co-host Janet A. McLeod being particularly envious of Marneen getting to work very close to hunky Patrick Duffy on THE MAN FROM ATLANTIS television series. Co-host Geoff Wallis also noted that Marneen had barely changed in the 41 years since the film was released

:-)
This was the first time I have attended a Cinema Fisaco screening at the Astor. I have to admit that this format has never been my preferred way to watch a movie....I am not a fan of the whole Mystery Science Theatre 3000 thing and always hated those old "Golden Turkey Awards" and "Worst Films Ever Made" books that were popular when I was first becoming a seious young film buff. Having said that, there is no doubt the format is popular with many people (there was a crowd of around 250 for THE SWARM), and Janet and Geoff were incredibly nice to Marneen, as was the audience, who gave a rousing cheer when her scene came on the big screen, and many of them stopped to compliment and chat with her in the lobby after the movie (if anyone missed out on one of the signed mini-flyers Marneen had available on the night, feel free to message her via her FB page).
A fun evening at one of the best places in the world to experience the magic of movies! And wonderful to see Marneen there to preovide a tangible connection to the movie, as well as to represent the spirit of the "Master of Disaster" himself (not to mention the King of 60s sci-fi television), the amazing Irwin Allen. 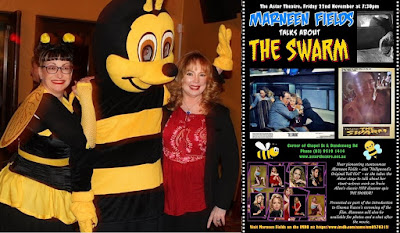 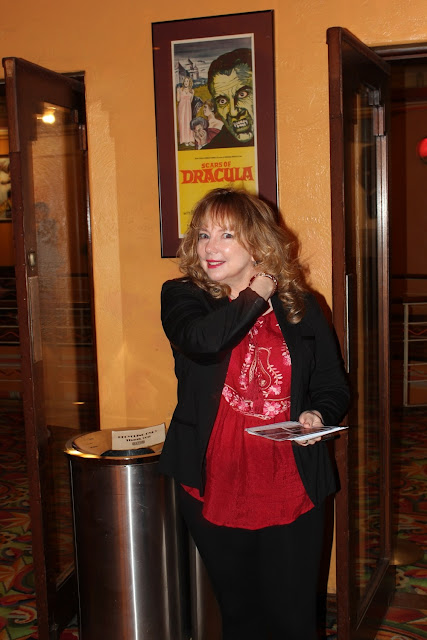 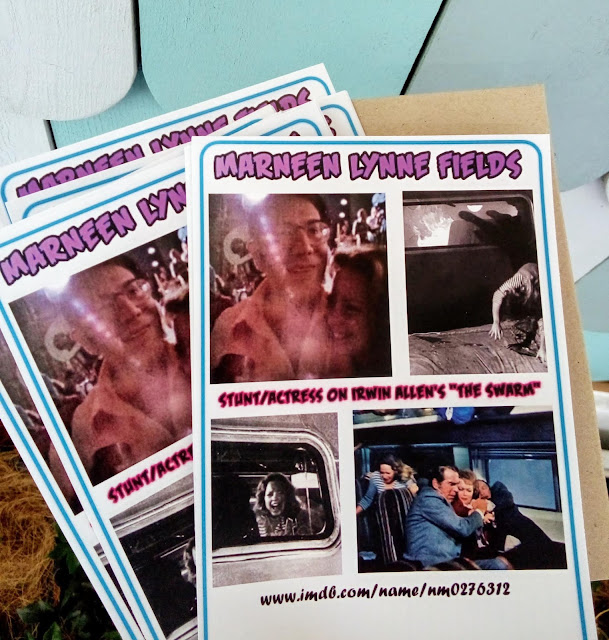 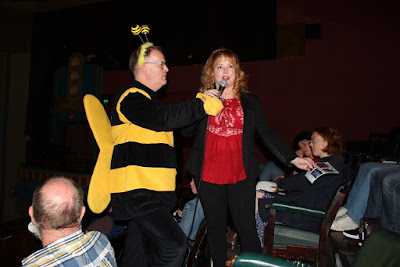 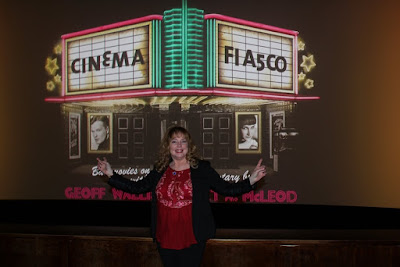 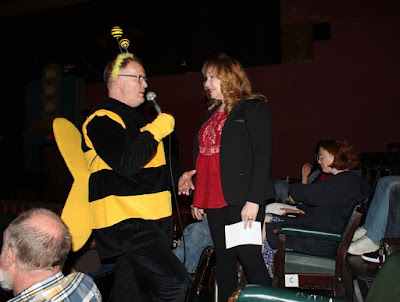 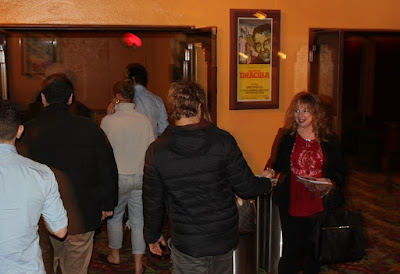 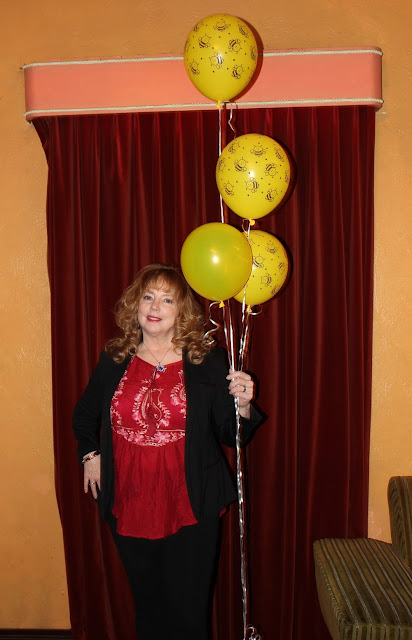 Posted by John Harrison at 6:51 PM

My first two Blu-ray audio commentaries for Kino Lorber, recorded in tandem with fellow Melbourne film historian Lee Gambin, are now out an available from all the usual sources. Watch for BILLY THE KID VS. DRACULA and ZOLTAN, HOUND OF DRACULA to soon be joined by my third Kino Lorber commentary, for the 1970 musical SONG OF NORWAY starring Florence Henderson! 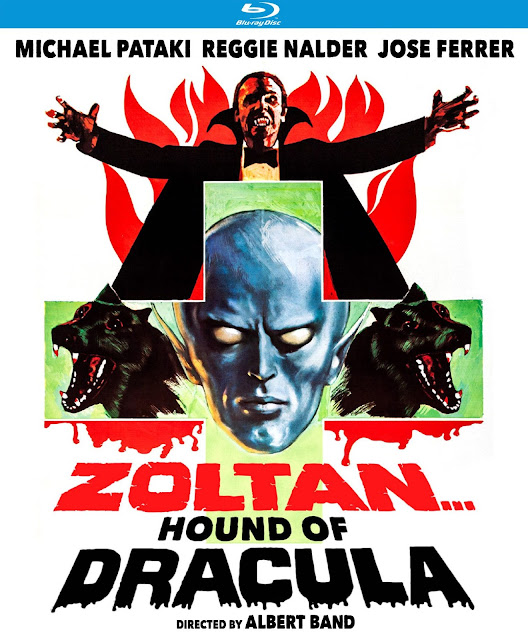 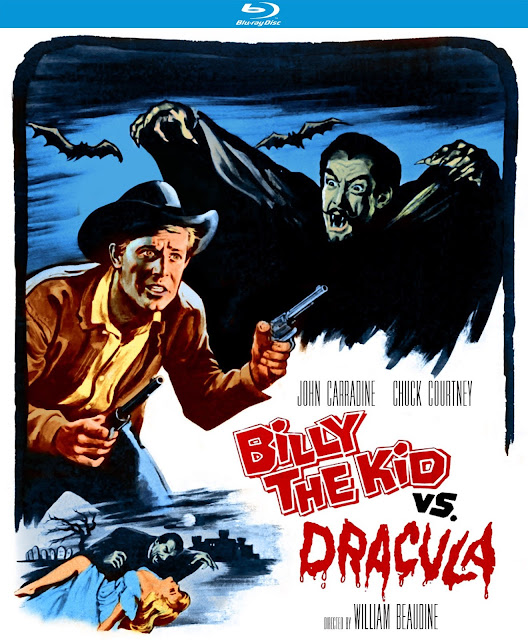 Posted by John Harrison at 2:53 AM

MARNEEN FIELDS TO INTRO "THE SWARM"!

Those Melburnians looking for some film fun on Friday evening can check out the Cinema Fiasco screening of Irwin Allen's cult 1978 disaster epic THE SWARM on the huge Astor screen. Marneen Lynne Fields worked on THE SWARM as an actress/stuntwoman, playing the terrified train passenger who gets flipped out the window as the train derails thanks to a deadly bee attack! Clips of Marneen filming this scene, and being praised by Irwin Allen upon completion of her stunt, can be seen near the beginning of the great making-of featurette INSIDE THE SWARM, which can be found on the Blu-ray and some DVD releases of the film.
Marneen will be joining the hosts on stage at the Astor on Friday evening at 7:30pm, to share some anecdotes about the film's production and working with the famed "Master of Disaster", Irwin Allen (whom Marneen would later work with again on BEYOND THE POSEIDON ADVENTURE). She will also be giving out a free signed souvenir card to those who attend the screening (limited stock while they last).
Should be a buzz!!! 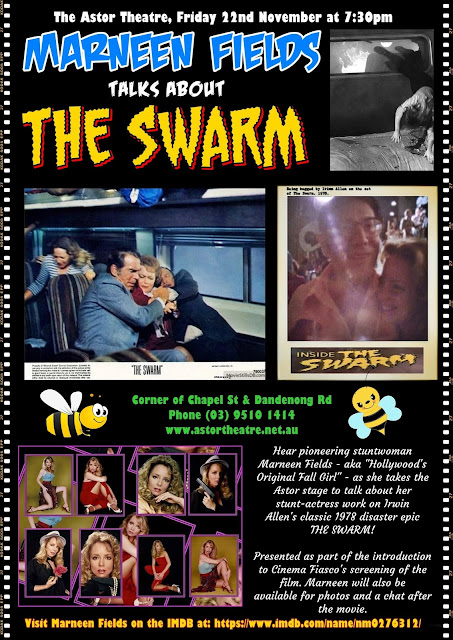 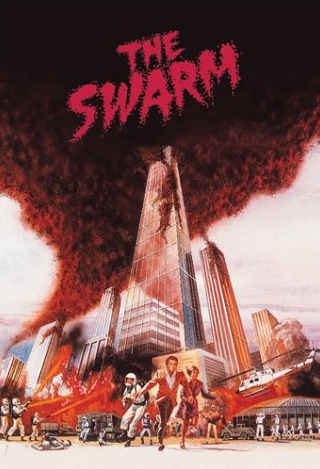 Posted by John Harrison at 2:46 AM

THE PULP OF JOHN CARPENTER

Have submitted my guest essay for Troy Howarth's much-anticipated upcoming book on the films of John Carpenter. My piece deals primarily with my own introduction to Carpenter's work, not through film but via the paperback tie-in novelization of HALLOWEEN by Curtis Richards (aka Richard Curtis) and the impact it had on me as a 14-year-old. Look for the book in early 2020 (will post links once they are available). 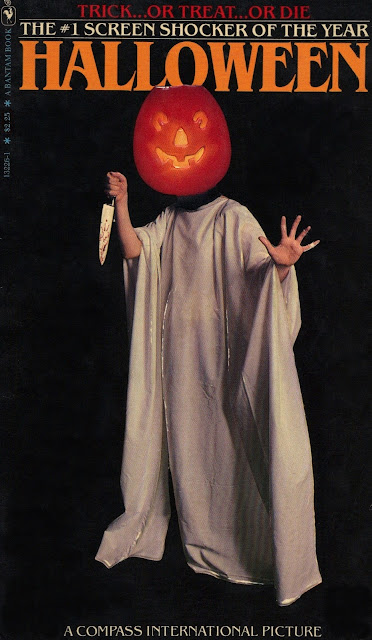 Posted by John Harrison at 2:41 AM