GOING APE AT THE ASTOR

Highlights for me were that first 30 minutes or so of the original PLANET OF THE APES (1968), with all that spectacular and beautifully stark desert footage, and seeing the incredibly dark and sombre, often very hallucinogenic and just downright crazy BENEATH on the big screen was awe-inspiring. Winning an APES graphic novel (i.e. comic book) and a $30 gift voucher thanks to Minotaur was also a nice bonus.

Was also cool to see some fun vintage clips before each movie, including a segment featuring the APES and Jim Nabors on an episode of THE SONNY & CHER SHOW, Paul Williams in full ape make-up signing on THE TONIGHT SHOW, and TV commercials for the classic PLANET OF THE APES action figures by Mego.

Only real disappointment for me was they screened the original theatrical cut of CONQUEST, and not the more violent and bloody version with the bleaker ending which finally became available a few years back. All in all though a fantastic day, and not as bum-numbing as I thought it might be! 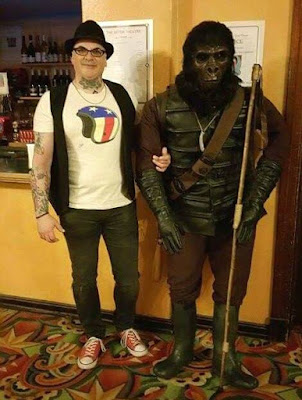 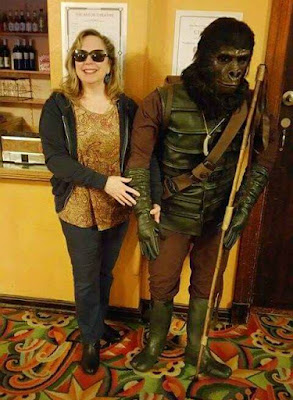 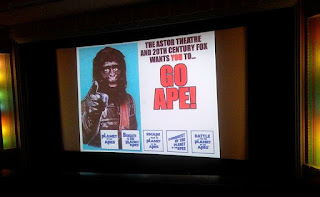 Posted by John Harrison at 3:15 AM

THE ROLLING STONES AT ALTAMONT

Having recently both re-watched the classic documentary GIMME SHELTER and read Joel Selvin's engrossing news(ish) book on the subject, it was fascinating to go back and listen to the audio of the full Rolling Stones performance at that tragic free concert at the Altamont Speedway in 1969, certainly one of rock and roll's first big collective tragedies and still a very dark day in its now sixty-plus years history.

This audio was audience recorded and seems to be pieced together from several sources, but the low-fi of the recording certainly adds to the whole menacing ambience, and often puts you right in the middle of all the madness. The bad vibes can clearly be heard in the air before the first guitar chord is even struck, and things are already in full chaotic breakdown by the time of the third song (which, chillingly appropriate, is "Sympathy For the Devil").

It should also be mentioned that, despite the menace and tension all around them, the Stones are absolutely on fire here.

Posted by John Harrison at 3:03 AM

"PLANET EARTH ABOUT TO BE RECYCLED"

More than twenty years after they occurred (in March of 1997) I have been thinking about Heaven's Gate, the San Diego based religious cult whose strange beliefs were the stuff of science fiction pulp and as much inspired by television shows like STAR TREK, TWIN PEAKS and THE X-FILES than anything found in the Bible. It was also the first time a cult became intrinsically linked to the internet (the cult had their own website - which still ...exists - and made their money by designing websites for other companies).

Terrifying to think that 39 people (leader Marshall Applewhite and 38 of his followers) could be convinced - or programmed to believe - that if they committed suicide at the precise moment, they would be welcomes as passengers aboard a spacecraft which they believed was flying undetected in the fiery tale of the Hale-Bopp comet, which had been discovered in 1995 and in March of 1997 was passing closely above the Earth, convincing Applewhite (who had founded the cult with his wife in 1974) that it was the right time for him and his followers to "shed their containers" in order to hitch a ride on the spaceship before the Earth was "recycled" by aliens.

Amazed there wasn't a TV movie made about this. I have a bootleg VHS of Marshall Applewhite's "initiation lecture", which I obtained from Polyester Video years ago, and a cheap mass-market paperback rushed out by THE NEW YORK POST, but I am sure there is a much more in-depth book out there. 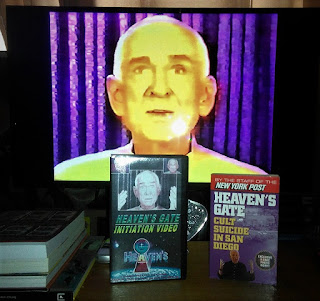 Posted by John Harrison at 2:59 AM

Serving as both a sequel to PROMETHEUS (2012) and a prequel to ALIEN (1979), Ridley Scott’s ALIEN COVENANT walks a tightrope between grand concept and familiar thrills, rejigging a number of big crowd-pleasing moments from not only ALIEN but James Cameron’s 1986 rousing sequel ALIENS while expanding on the theories of evolution and creation put forward in PROMETHEUS. The big problem I have with this is that, to me, a large part of my original fascination with the alien was it was so elemental and mysterious, and much more terrifying as an organic being that just exists. The original ALIEN told me everything I need to know about the xenomorph and it’s terrifying cycle of life…trying to explain every step of its evolution just demystifies it to me.

It seems that when Ridley Scott decided to finally return to the classic space terror saga which he was instrumental in launching back in 1979, he was only interested in doing so if he could expand on the concept to try and touch on many of the bigger questions in life. Which as a much older man who wants to try and create something different is entirely his prerogative. And certainly ALIEN COVENANT is hugely ambitious in many regards, but it is made largely ineffectual by the predictability of the scenes involving the alien itself which, as mentioned, are more like a re-tread of what was done – much better – in the first two movies, leaving very little in the way of surprise or suspense. And a lot of the sexual menace which the alien exhibited in the first movie, and made it so much more terrifying, is now gone (there’s no doubt that a lot of this sexual terror came from the nightmarish designs created by the late Swiss artist H. R. Giger). CGI also does no favour to the alien – in most cases, it moves far too quick to make much out. The man in a suit approach of the original was much more effective and impressive.

Like all of Scott’s movies, there is certainly lots to admire and enjoy about ALIEN COVENANT. Visually the film has some stunning moments (though it doesn’t look as gorgeous as PROMETHEUS) and Michael Fassbender delivers another remarkable performance. And Katherine Waterston is decent in what is clearly the Ripley replacement role. But beyond that, there are not a lot of characters to care about or even differentiate themselves from each other (also one of the big complaints about PROMETHEUS). The first two ALIEN films were populated with great actors who brought their characters to wonderful life – when they died, you really missed them. There’s sadly no Parker, Brett, Kane, Vasquez or Private Hudson here to care about.

ALIEN COVENANT is far from a disaster, and should easily do well enough to ensure the series’ continuity, but it’s not really the direction I like seeing it head in. The original ALIEN was a seminal moviegoing experience for me, and has forever remained amongst my Top 5 all-time favourite films. Sadly it seems that it won’t be Ridley Scott who brings the concept back to that pure, primordial frisson which I experienced back in 1979. 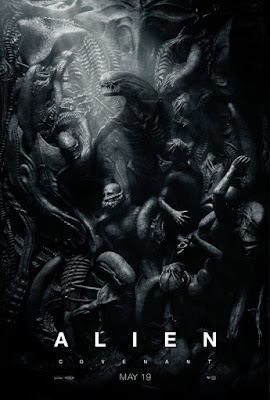 Posted by John Harrison at 5:05 AM