For those interested who were unable to attend the TEXAS CHAINSAW MASSACRE last night, here's a rundown of the slideshow I presented alongside my talk. I tried to give the slides a suitably grimy 70s grindhouse feel. Will hopefully get a transcript of my intro posted shortly. 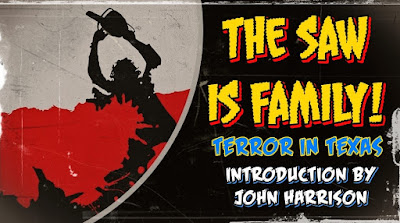 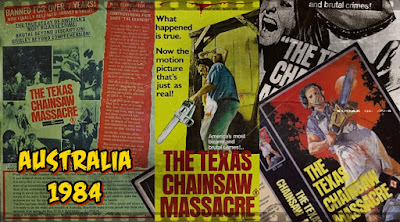 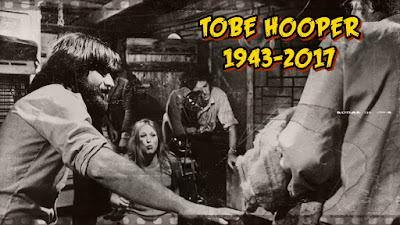 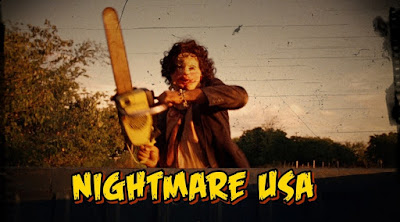 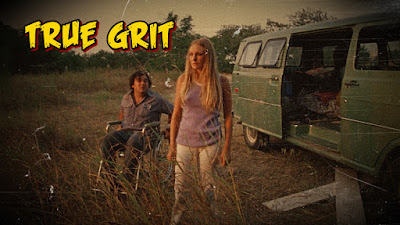 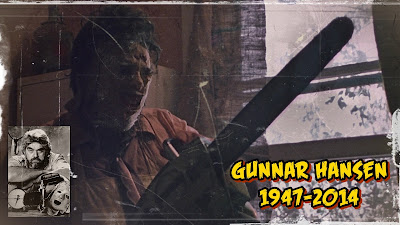 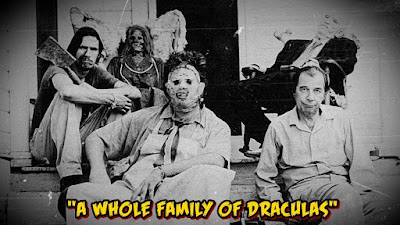 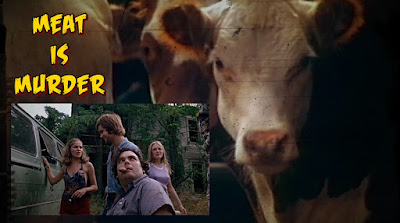 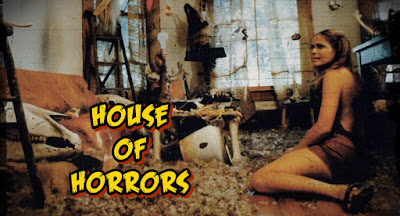 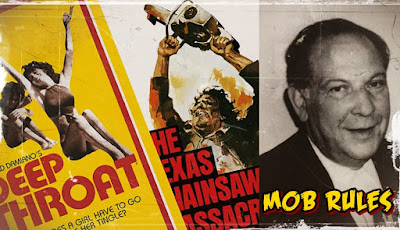 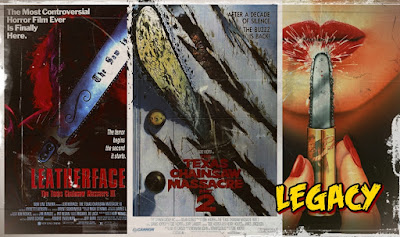 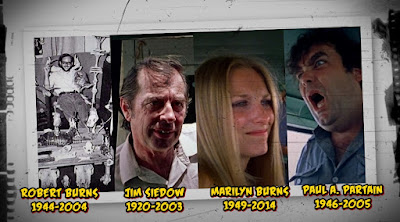 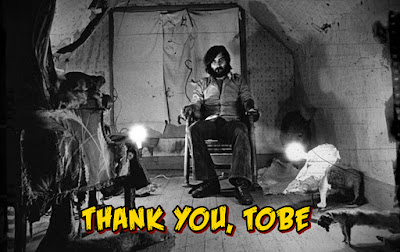 Posted by John Harrison at 6:43 PM

THE SAW IS FAMILY

Had a great night introducing THE TEXAS CHAINSAW MASSACRE (1974) to kick-off the Tobe Hooper retrospective last night. Hopefully my talk went well and was enjoyed by the audience in attendance. I never get tired of seeing this movie, especially in a cinema. The screening was followed by a terrific discussion on Masks in Horror Cinema by Angela Ndalianis and Alexandra Heller-Nicholas (author of seminal books on SUSPIRIA, MS. 45 and the Rape-Revenge genre). Attendees were given a paper Leatherface mask upon entry, as well as a fantastic program booklet and there was a stunning Leatherface signed/numbered print by local comic book artist Tristan Jones available. Leatherface was even seen wandering around, thankfully in a more relaxed and jovial mood than usual! Lots of terrific prizes raffled off also, I usually always bomb out in raffles but bought three tix upon entry last night and ended up winning two amazing prizes, a TEXAS CHAINSAW MASSACRE 2 doll (sorry, action figure) from NECA and the Kino Lorber Blu-ray of IRMA LA DUCE (with Kat Ellinger commentary) that I am looking forward to watching asap.
The Tobe Hooper festival continues today with screenings of EATEN ALIVE (1976), THE FUNHOUSE (1981) and the full TV version of SALEM'S LOT (1979) along with talks and introductions by Sally Christie, Emma Westwood and Lee Gambin. I believe there may even be a BBQ going in the parking lot, so if you are in Melbourne and looking for something cool to attend today rock on down to The Backlot, I believe there are a few limited tickets left! 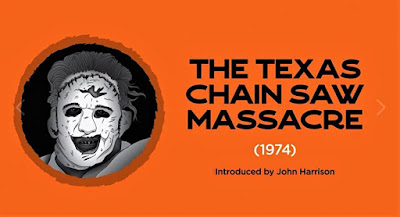 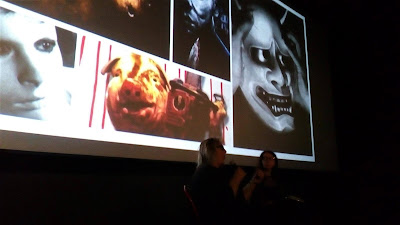 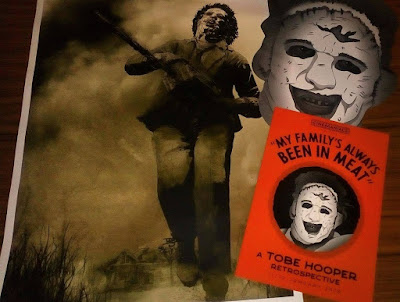 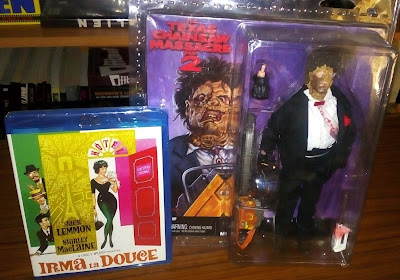 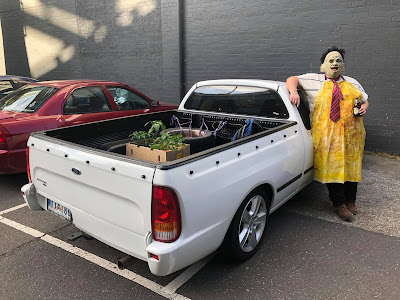 Posted by John Harrison at 6:31 PM