Though its never been completely dead, the underground horror film fanzine scene has been going through something of a healthy growth spurt of late. A few factors can account for the number of new titles popping-up: a new generation of younger fans are growing-up with their own things to say, nostalgia for the days of the early 1980's fanzines (xeroxed at work and distributed usually by hand and not instantly available for the entire world to read), and an ever-growing fascination for Gen VHS and the whole fanzine network of reviews and distribution (via dubbed trades) that is intrinsically tied into it (at least when you are talking about the early horror/exploitation/trash VHS releases).

Recent months have seen the first appearance of Sleazefiend Magazine, the latest satisfying dose of Dave Kosanke’s Liquid Cheese, the reborn Monster! and the resurrection - available by subscription only - of Gorezone, the one-time 1980's sister publication to Fangoria. There is also Evilspeak, the debut issue of which filtered into my PO box last week.

Named after a cult 1981 horror film starring Clint Howard, Evilspeak is an 80 page A4 magazine, published in black & white but on decent quality matt paper. The only touch of colour is the red on the cover, which is used to nice effect and helps draw attention to the striking piece of art by Don England, which reminds me of some of the cover art used in the 1970s by zines like Gore Creatures/Midnight Marquee. The interior of Evilspeak is heavily illustrated with photos, art, VHS covers, etc. The reproduction is a little dark at times, but the overall layout is appealingly clean and not messy or overly cluttered.

In terms of content, Evilspeak is pretty much rooted in the 1980s, with articles on Evilspeak the film (written by Dave Kosanke), a tribute to the late genre writer Chas. Balun, a look back at Fantaco’s Gore Shriek comic book, Drive-In Creature Features 1979 - 1982 (taking in The Dark, Without Warning, The Funhouse, The Boogens and Humongous), the underrated 1979 psycho-sickie Tourist Trap, Humanoids from the Deep, interviews with Ulli Lommel (The Boogeyman), Elm St. actresses Heather Langenkamp and Amanda Wyss, and lots more. The 1980s time barrier is broken with pieces on The Demon Lover, Paul Naschy’s Horror Raises from the Tomb and the Eddie Romero Filipino horror films of the 1960's and 70's (such as The Mad Doctor of Blood Island and Brides of Blood).

Enthusiastically written across the board (there’s also a piece entitled Drive-In Terror, written by long-time fanzine writer and filmmaker Donald Farmer), Evilspeak has launched well, and I hope it gets the chance to stick around for more than a few issues, as I think it has the potential to develop into a cool and interesting semi-pro zine (I hope it continues to publish pieces on printed horror pulp from the 70's/80's - be it comics, magazines or lurid paperbacks) .

Bonus points for the Beast of Blood cardboard mask which came with my issue (limited, I believe, to the first 250 copies)!

Visit the Evilspeak online store for copies of the magazine (and t-shirt, should you dig their logo): Posted by John Harrison at 3:30 AM

Excited to hear that Pink Factory is scheduled for publication next Friday. A special offshoot of CRIME FACTORY magazine, Pink Factory is a book devoted to all things sex and smut in film, literature and pop culture. 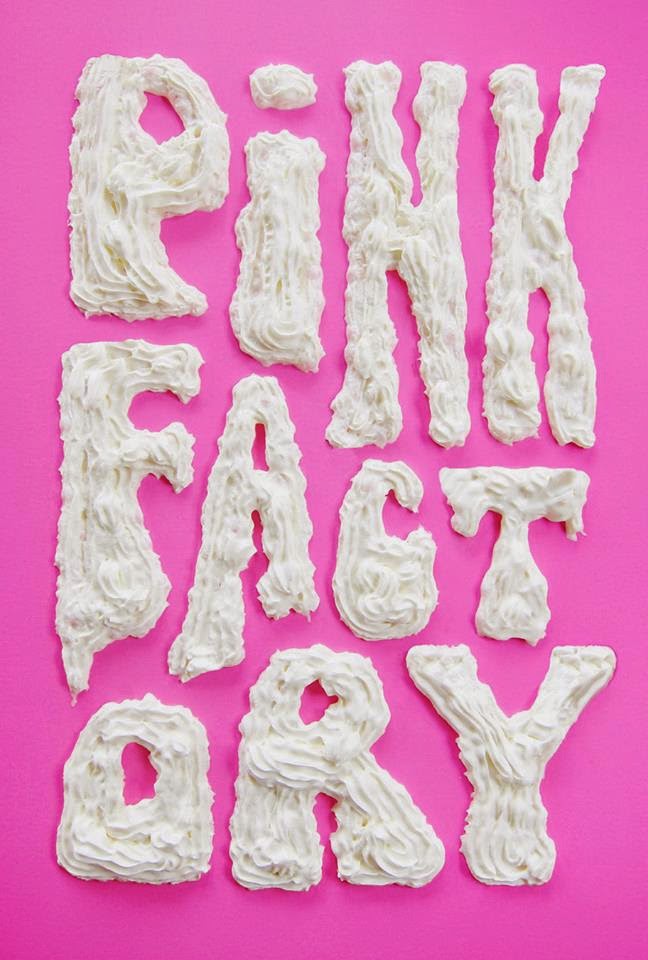 Posted by John Harrison at 4:11 AM

Loverboy’s self-titled debut album from 1980 is a perennial favourite of mine, one of the strongest debuts I ever heard from that period and the more time that passes the more immersed in and impressed by it I become. Nine very strong tracks that take the listener from the cocky swagger of the chunky, riff-laden opener ‘The Kid is Hot Tonight’ (a song that seems even more relevant in today’s instant celebrity world of American Idol, etc.) to the rockabilly twang of ‘Little Girl’ (Mike Reno’s vocals given a cool Elvis echo), the leering sexuality of ‘Prissy Prissy’, the Latin/jazz influence of ‘It Don’t Matter’, and the new wave edge to ‘Lady of the 80s’. All of it unified by a crisp, sharp and slightly-funky sound which - under the guidance of producer Bruce Fairbairn - achieves an almost perfect balance of heavy pop guitar and synth, fleshed-out with some lush backing harmonies (especially apparent on the hit single from the album, ‘Turn Me Loose’).

A lot of people at the time dubbed Loverboy as ‘dag rock’, and while they certainly looked a bit silly in their red pants and terry-towelling headbands, the quality and creativity in their music always made them seem cooler to me than the likes of Styx, Journey and REO Speedwagon, with which the band were often lumped. And their name, Loverboy, was intriguing and sexually ambiguous, as was the album cover, which featured artist/photographer Barbara Astman as a skinny, androgynous figure smoking a cigarette. Maybe it was their Canadian heritage which gave them that bit of a leading edge.

Will never go down as one of rock's great or influential debuts, but it's entertaining as hell and, of its type, almost faultless. 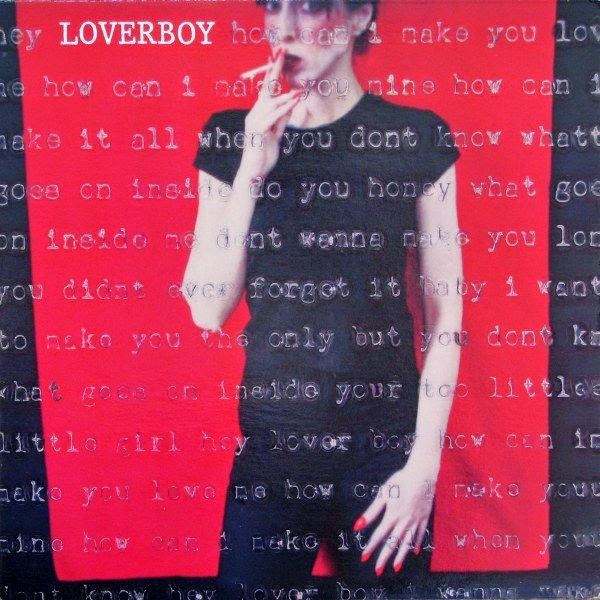 Posted by John Harrison at 4:07 AM

Finally got around to uploading a clip of my appearance on a 2009 episode of the Australian Collectors TV series...no rights given or implied, if I've done something wrong I'm sure the powers that be will take it down (though there are certainly plenty of other clips and segments from the show available on You Tube). A bit embarrassing to look back on this segment and think of the things I could have stated a whole lot better, but it was still a fun experience, especially having the crew over and seeing them lighting and filming parts of my collection. The series was probably at its most popular at this point (this was still a few years before the young host's sordid public downfall, after which the show never really recovered).

They could have used a better choice of music for it - I kept offering them a loan of some of my Las Vegas Grind and Jungle Exotica comps. Though I do love the cheesy haunted house style 'woooohhhhh' sound effect they use when the camera zooms in on my Manson collection. And I don't know why they found the spines of my Will Ferrall DVDs to be so interesting they just had to include a shot of them above any other stuff they could have found around them.
Posted by John Harrison at 4:02 AM

A few pics from the Supanova pop culture convention, which I attended in Melbourne yesterday - was a day of exhausting fun but geez I don't think I could ever do more than one of these things a year. Very humid inside the buildings, and by midday could barely move due to the huge crowds. Was great meeting the very friendly Michael Rooker (Henry: Portrait of a Serial Killer, Mississippi Burning, Merle on The Walking Dead), comic book artist Michael Golden (The Walking Dead, The 'Nam, Marvel's 70s Star Wars title and co-creator of The X-Men's Rogue) and the sweet Lindsay Wagner (The Bionic Woman), who chatted to me about coming to out to Australia for the 1981 TV Week Logie Awards. 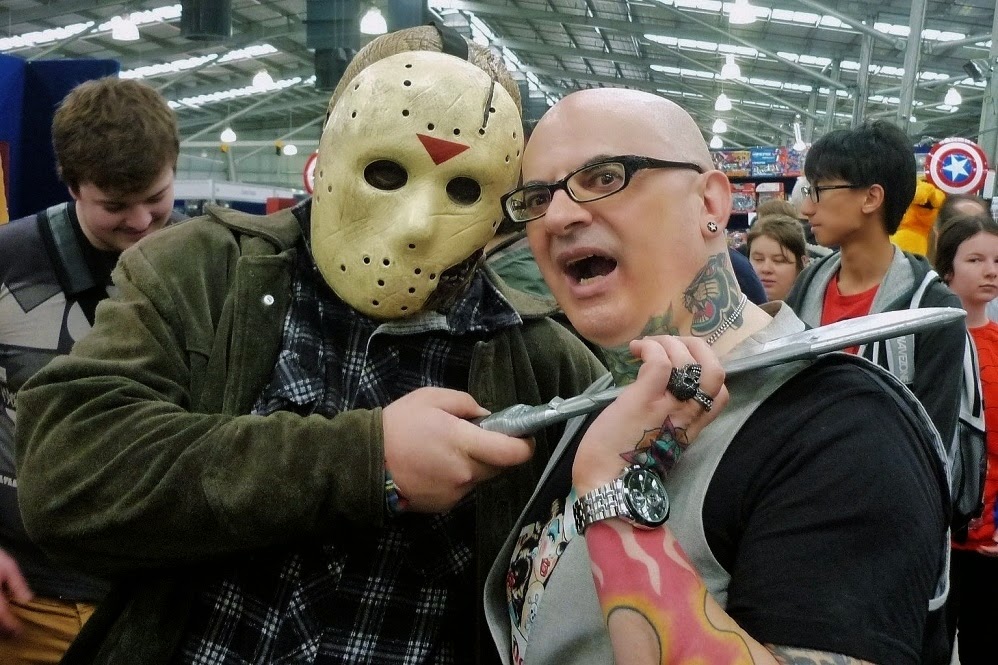 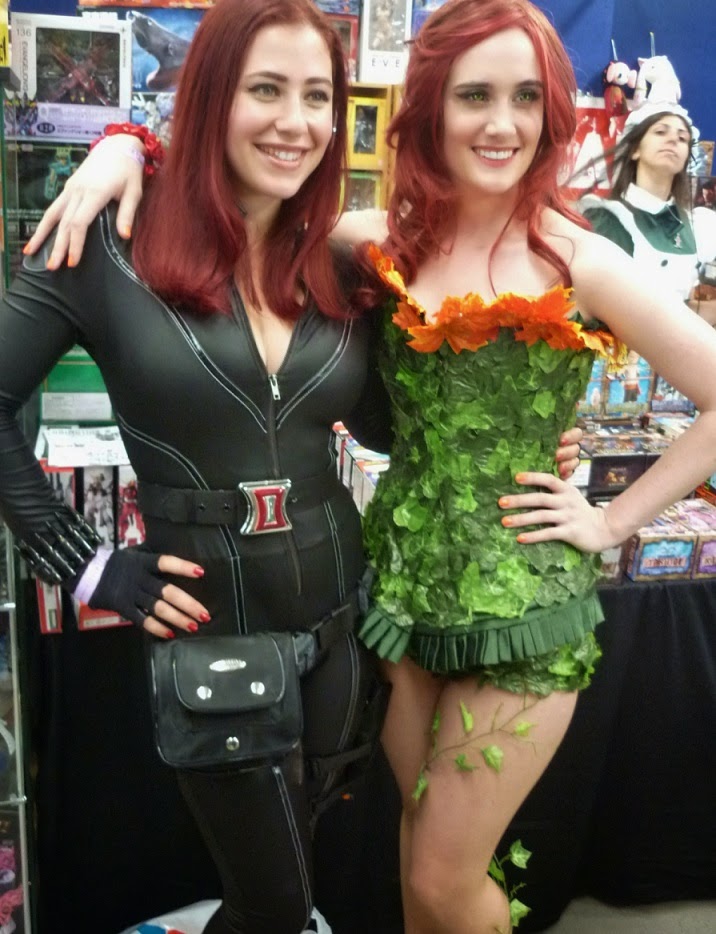 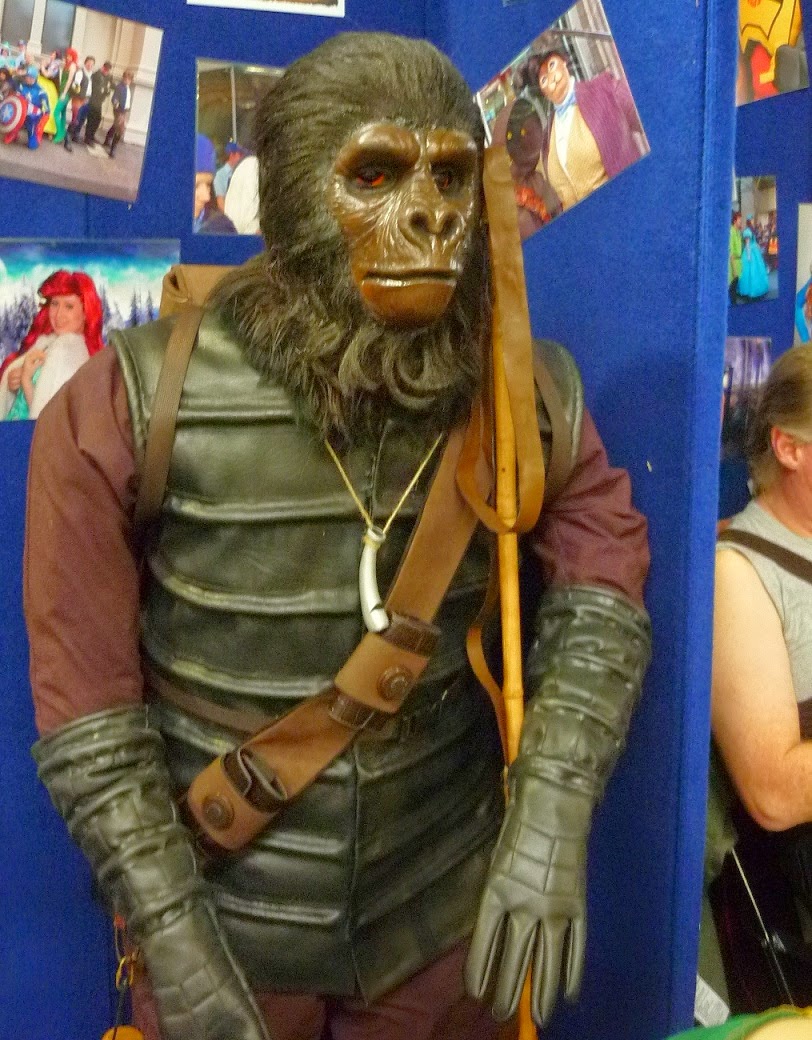 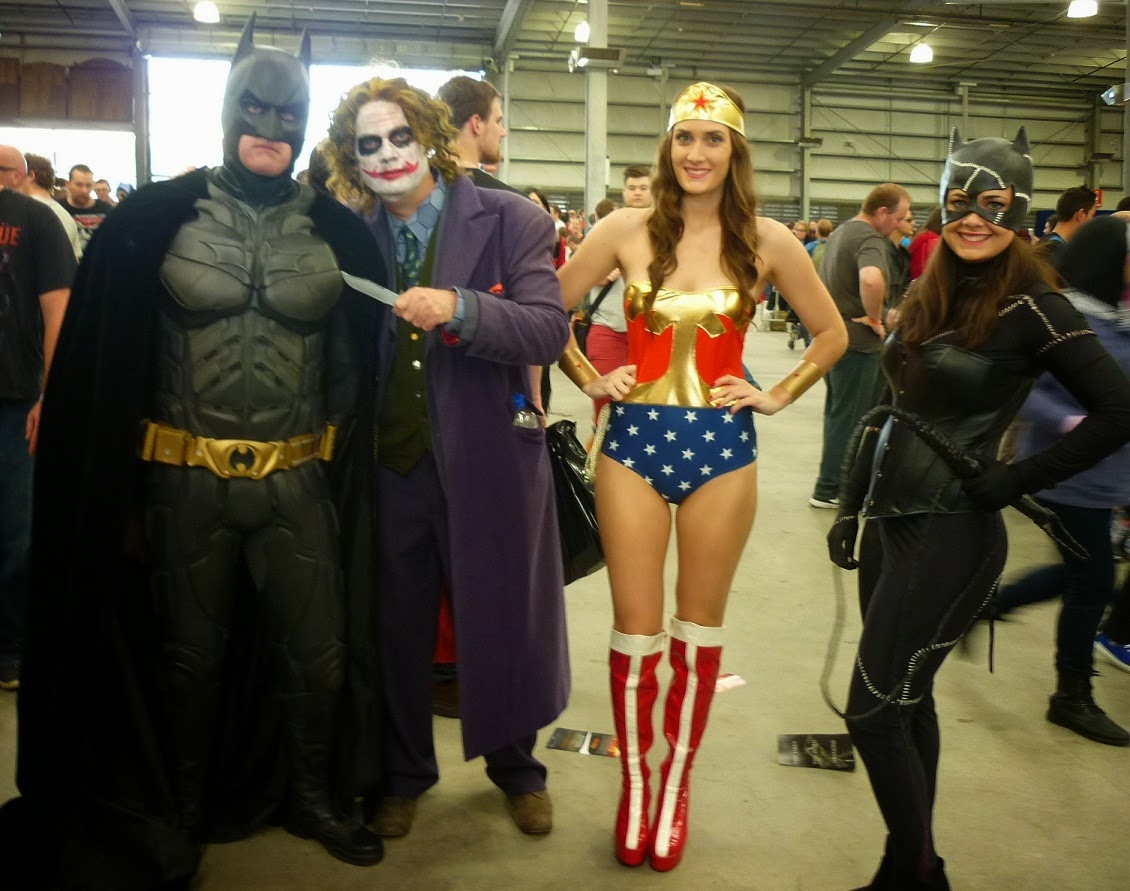 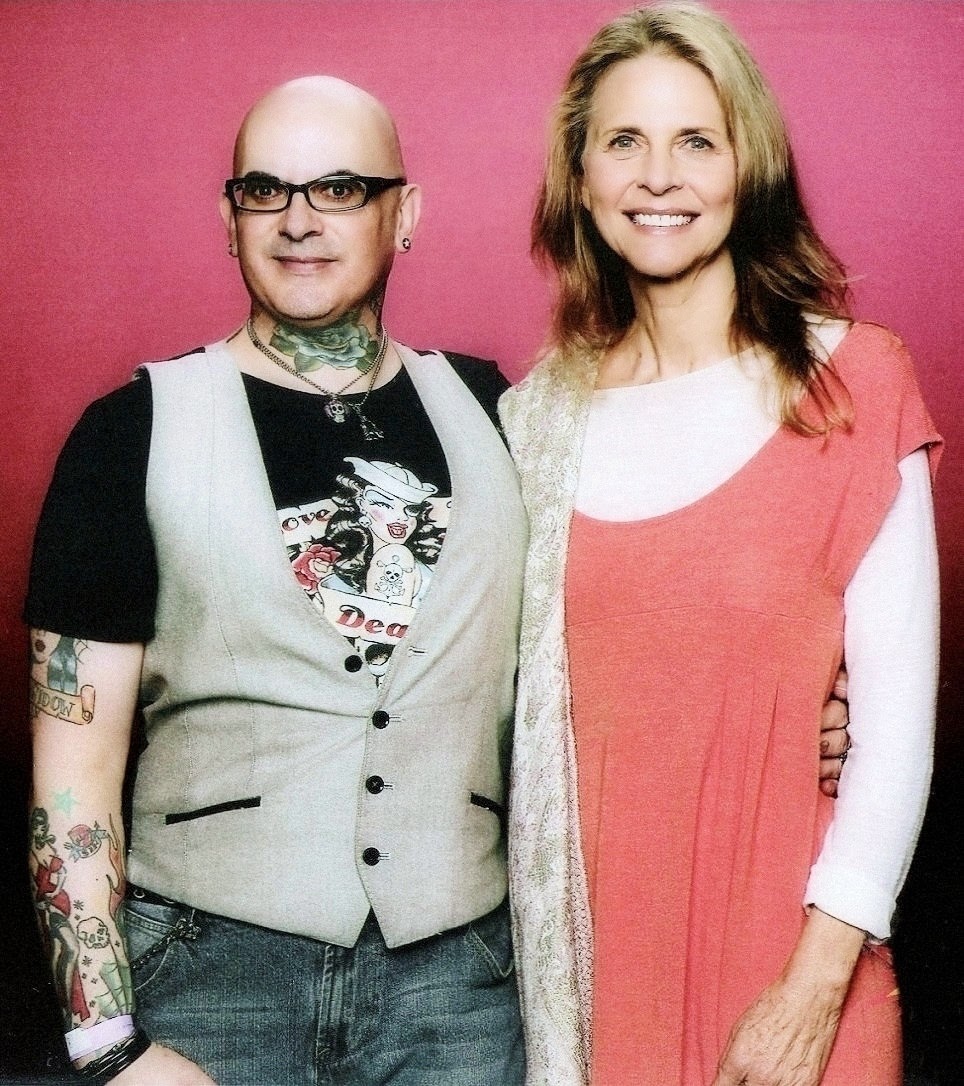 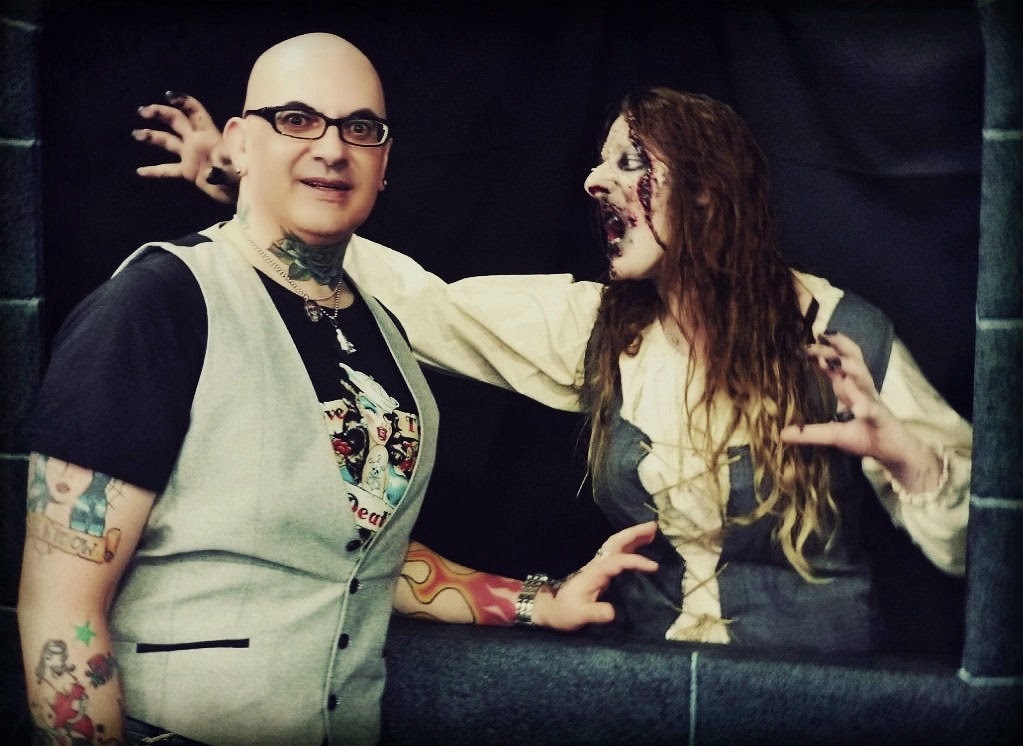 Posted by John Harrison at 5:09 AM

Meeting the stars of Stanley Kubrick's 2001: A Space Odyssey (1968), Keir Dullea and Gary Lockwood. Not the best pic - lighting is very dim towards the stage of the Astor, and I got distracted by someone to the side asking me something just as the photo was being snapped. Still, was a big thrill to meet the two main cast members of perhaps the most iconic and highly-regarded science-fiction film of all time.

The Q&A and introduction prior to the 70mm screening was an entertaining session, a bit sad seeing Gary struggle to get down the steps of the stage with his bum legs (though heartwarming to see Keir hold his hand to steady him), but he seemed in great spirits and had the audience in stitches with his impression of the San Francisco potheads who used to come up and ask about him about the film in the first couple of years after the film's release (he also recounted a funny anecdote about attending a screening where at the film's climax a young man in a no doubt altered state of mind leaped up from his seat at the back of the cinema and charged down the aisle screaming "Oh God, take me home!" and literally ran straight through the screen!!). 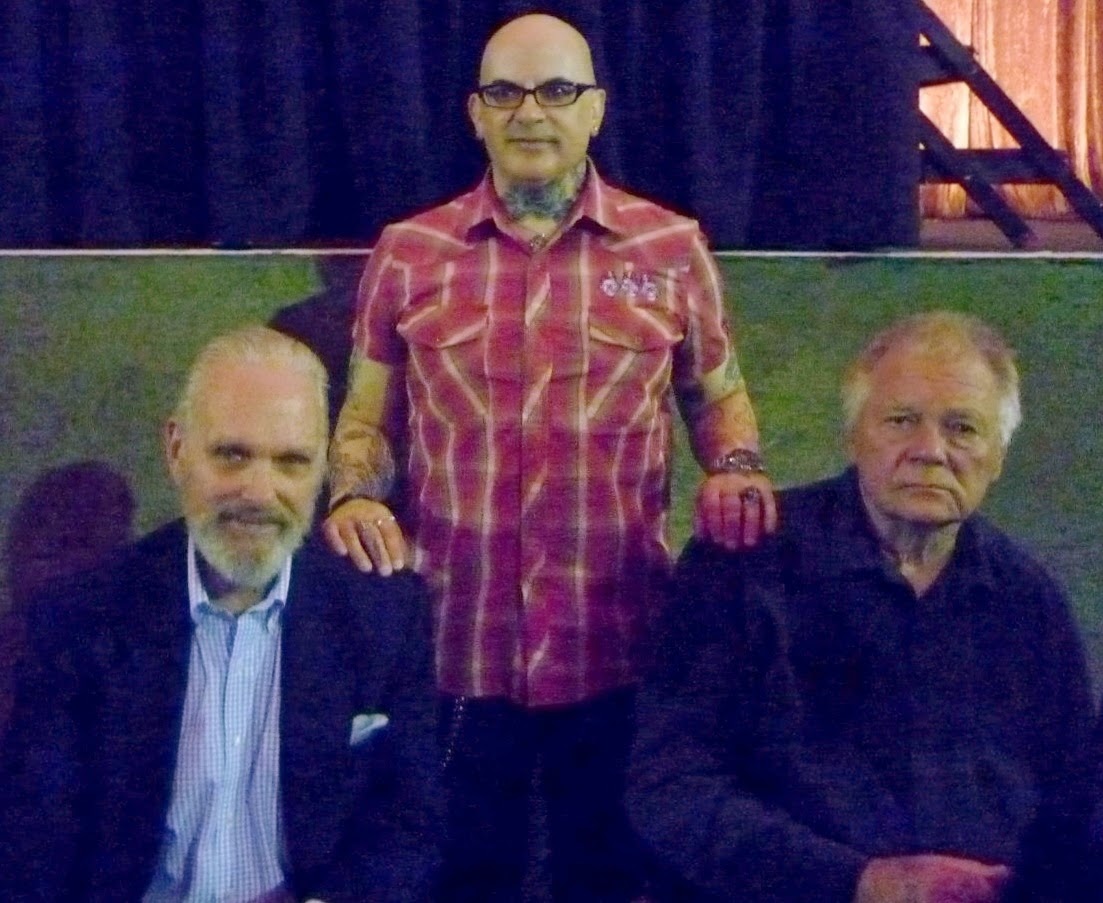 Posted by John Harrison at 5:03 AM

Now up to its 37th issue, Liquid Cheese is an A4 size fanzine published by Dave Kosanke out of Franklin, Wisconsin. Printed in full color, it reflects the feel and attitude of the classic old-school zines of the 1980's and 90's, but with a slightly slicker and more professional edge.

Behind its original Slasher Dave cover art and within it’s 54 pages, the latest issue of Liquid Cheese contains such fine pieces as a nice memorial to the late Mike Vraney of Something Weird Video, a fantastic in-depth look at the making of Barrel Entertainment’s classic 2002 DVD release of Last House on Dead End Street (written by John Walter Szpunar, the author of Xerox Ferox and one of the head honchos of Barrel), and a career retrospective of the late Angelique Pettyjohn (whose very psychotronic filmmography encompassed everything from episodes of Star Trek and Batman to the horror trash of Mad Doctor of Blood Island and even 1980s XXX sinema like Titillation and Body Talk).

There is also lots of reviews of movies old (Ants, The Redeemer) and recent (Among Friends, I Spit on your Grave 2), music and book/magazine reviews and more! Dave also includes a very nice review of my Blood on the Windscreen booklet, as well as a little sidebar blurb from me, discussing the project and my strange attraction to the vintage Driver’s Ed film genre).

You can order Liquid Cheese (as well as back issues and copies of Dave’s zine devoted to vintage adult entertainment, T.O.S.S.), from the online store at the link below. It’s more than worth the measly five bucks cover price! 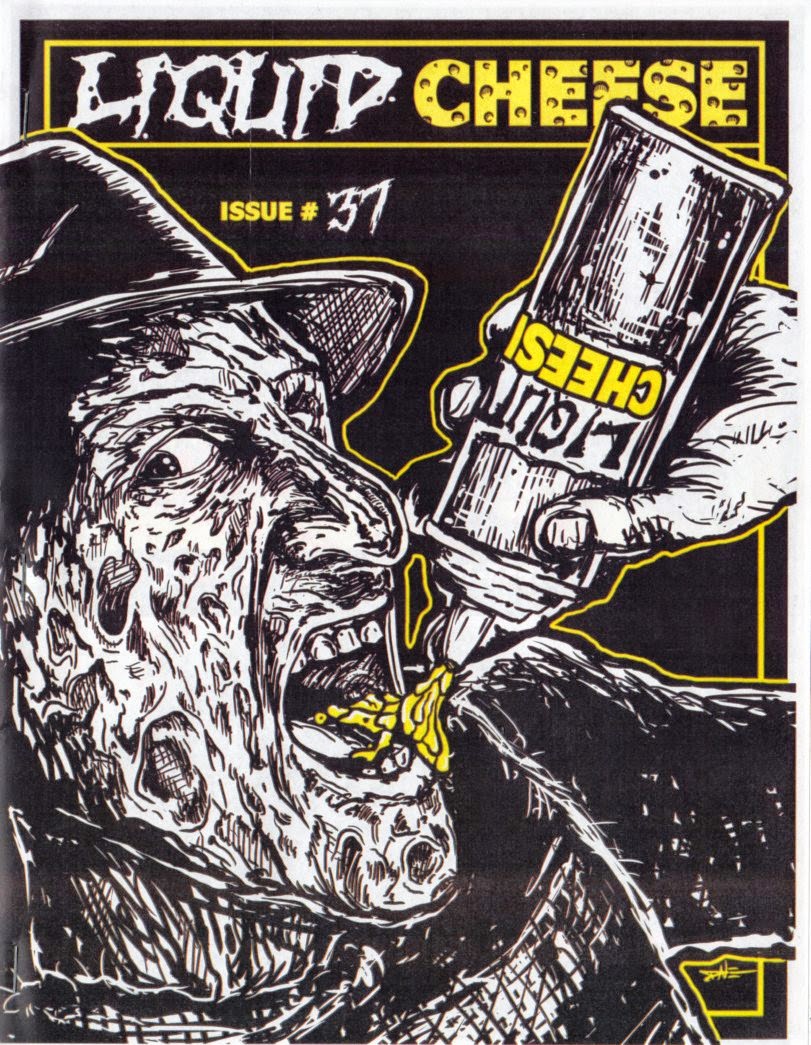 Posted by John Harrison at 4:14 AM