Continuing to plough through the recent spate of Hammer BluRays, this morning it was a double-bill of Rasputin - The Mad Monk and The Reptile. Since these two 1966 productions were released on the same bill in many markets, it made sense to watch them together.

The Reptile is the lesser of the two Cornwall set horror flicks filmed back-to-back by director John Gilling (the other being the much more satisfying Plague of the Zombies). Essentially a female take on the werewolf mythos, The Reptile has a decent plot and performances, and an interesting choice in male lead with ruddy-faced Australian Ray Barrett, but it is let down by the appearance of the title (she) creature, which is brilliant in design but sadly lacking in the execution, with Roy Ashton’s budget-restricted make-up effects not up to his usual high standard.

Much more successful is Rasputin - The Mad Monk, which has a more classically grand, epic feel, is quite mature in its nature and features another great, commanding performance by Christopher Lee in the title role, bringing his Count Dracula charisma and vibe to the sexually-charged Russian madman. Barbara Shelley is also wonderful in the role of Sonia, the Tsarina’s lady-in-waiting who falls under the spell of Rasputin (and commits a wicked act in his name which is still shocking nearly fifty years later).

As with the other releases, the BluRays of The Reptile and Rasputin have a great selection of nice extras - including making-off featurettes and, in the case of Rasputin, a cool little documentary on the vintage Hammer paperback novelisation tie-ins.

What a treat it was to watch the new Blu-Ray of Hammer’s 1967 sci-fi classic Quatermass and the Pit. When I sat down and put it on I realised that the only copy of the film that I have previously ever owned was a VHS taped off a television broadcast from the nineties (where it was shown under its alternative title, Five Million Years to Earth), so seeing it in any kind of hi-def for the first time was a real eye-opener.
Quatermass and the Pit still holds up as intelligent, clever and sometimes thought-provoking piece of genre filmmaking, with director Roy Ward Baker delivering a very satisfying blend of science and scares, and anchored by a commanding performance by Andrew Keir as Professor Quatermass. Sure, some of the characters are cliched and a couple of the effects look more suited to the Dr. Who episodes of the day, but the story is engrossing and rousing, and there are more than enough clever and effective visual touches to compensate (such as the devil-like Martian spectral image that appears over the city at the film’s climax - a genuinely disturbing visage). And on top of everything else, we get the beautiful Barbara Shelly in a cute plaid skirt and tight red sweater!

Melbourne's cinema-going society lost one of their own over the weekend when Marzipan, who was the resident cat at the magnificent art deco cinema the Astor Theatre, died at age of 21 after suffering a long illness. Marzipan was adopted by the cinema management when she wandered into the lobby as a stray kitten back in 1992, and since then she had become an integral and much loved part of the theatre - always lounging on the comfy chairs in the upstairs and downstairs lobby, mingling with the crowds in search of a pat, wandering through the cinema like she owned the place and frequently finding a warm lap to sit on for a nap. On several occasions, she was known to scare audience members when she would unexpectedly leap up on someone's lap during a particularly tense moment in some horror or thriller movie.

Marzipan became so popular and adored she was the subject of newspaper articles, a Facebook page and even Melbourne's biggest newspaper carried a story on her passing. As someone who lives only a few minutes walk from the Astor and has been a regular patron of it's great screenings of films new and old since 1982, I will certainly miss the pitter patter of her little feet and the warmth and unity her presence brought to an audience. She certainly lucked out when she wandered off a busy street into that cinema, and 21 years is a great life for a kitty much loved and spoiled rotten. 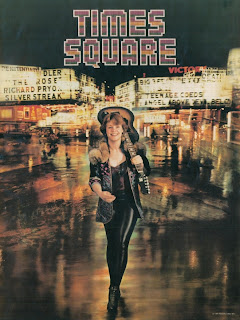 Finally had a chance to revisit Allan Moyle’s 1980 teen rock movie Times Square last night, the first time I have seen it since its original theatrical release. The story of two teenaged girls (from wildly different classes and backgrounds) who bust out of a neurological hospital and survive on the streets of New York, forming their own punk duo The Sleaze Sisters with the aid of renegade DJ Johnny LaGuardia (Tim Curry), it’s an entertaining but unexceptional film for the most part. There’s a good new wave/punk soundtrack featuring the likes of Roxy Music, Lou Reed, The Ramones, Talking Heads and more, and Trini Alvarado and Robin Johnson are fine in the lead roles of Pammy and Nicky respectively. But the real interest in the film lies is in its setting - filmed entirely on location, Times Square captures the seedy landscape of 42nd St in all its lurid glory, just as it was on the cusp of it’s big clean-up and transition from a grotty urban jungle wallowing in danger and character to a bland Disneyland-esque family attraction (in fact, one of the subplots of the film revolves around the political campaign to ‘beautify’ Times Square).
Some of the movies spotted on the cinema marquees in Times Square include Al Adamson’s Nurse Sherri, Cry Rape, House of Psychotic Women (which the two female leads briefly lampoon),The Dark and perennial grindhouse fave Snuff. Also features a brief appearance by legendary 1970s/80s porn starlet Sharon Mitchell (who also popped-up in William Lustig’s 1981 sleazy cult 42nd St fave Maniac).
While Times Square has garnered something of a cult following over the years, at the time of its release in was unmercifully savaged by most critics, none more so than David Denby in New York Magazine, who spat out: "This evil, lying little fantasy has been photographed in ugly color, and a mess of mediocre rock music has been draped across it like mozzarella on lasagne. If the producer, Robert Stigwood, sells soundtrack albums with this movie, he should set up a fund for every girl mugged, raped or battered in Times Square".
Hunt down the double vinyl soundtrack LP on the RSO label and look for the out-of-print Anchor Bay DVD, which features an audio commentary by director Moyle (Pump Up the Volume, Empire Records) and co-star Johnson.
Posted by John Harrison at 2:58 AM 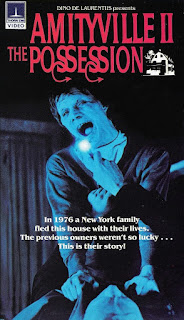 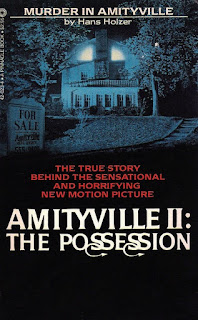