An essay I wrote on the 1979 Australian exploitation film SNAPSHOT (aka THE DAY AFTER HALLOWEEN) has now been posted over on the Diabolique website. Click the link below to check it out! 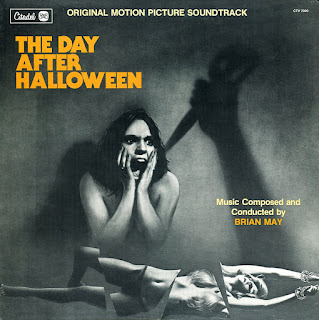 Posted by John Harrison at 2:07 AM

David F. Sandberg's SHAZAM! happily delivered the most fun I have had with a comic book/superhero movie in a long while, bringing a welcome whiff of fresh air to a genre getting burdened by the weight of its own overwrought, grandiose sombreness.
SHAZAM! reminds us of the sheer basic wish-fulfilment that comes with being a superhero. The film certainly follows the standard origin story template, but does so with a real sense of humour and heart, a few genuine surprises and even manages to inject some moments of atmosphere and fright without having to go all serious and dark (as the director of LIGHTS OUT and ANNABELLE: CREATION, Sandberg's horror roots certainly take hold in several spots). Comparisons to Penny Marshall's BIG (1988) and the Spielberg/Amblin' Entertainment films of the 1980s are certainly accurate, it's Christmas-time setting and amusement park action set-piece dripping with classic Americana. Nice performances throughout but especially from Jack Dylan Glazer as Freddy Freeman and Zachary Levi, who brings such an appealing blend of humour, innocence and slowly-developing sense of maturity and responsibility to the character of SHAZAM! (originally called Captain Marvel in the old DC comics before Marvel Comics trademarked the name for one of there own heroes). Will be interesting to see how Levi's Shazam will be incorporated into the larger DC cinematic universe, which is bound to happen sooner rather than later.
A perfect Friday evening date movie with Marneen Lynne, the whole audience broke into spontaneous applause as the end credits rolled, something you don't see enough of these days, where most multiplex moviegoers are desperate to get to their mobile phones and find out what they have missed as soon as the screen fades to black. 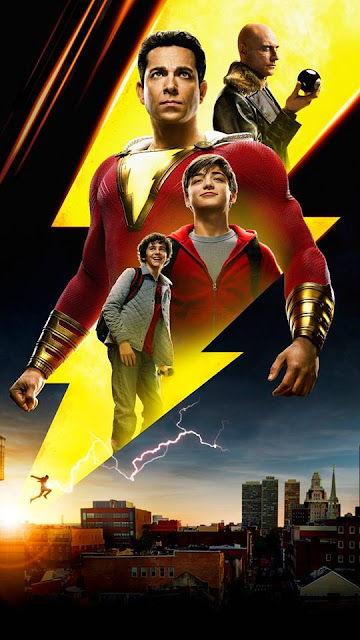 Posted by John Harrison at 2:02 AM