Despite venturing into some progressively more outrageous territory the further it goes along, I thought Gone Girl was another very solid effort from David Fincher, an engrossing mystery that draws you right in thanks to Fincher's deft hand, nice performances from Ben Affleck, Rosamund Pike, Carrie Coon and a rather unsettling Neil Patrick Harris. Though not as confronting as Se7en nor as stylish as Zodiac, Gone Girl also benefits from some terrific sound design and a strong ambient score composed by Trent Reznor and Atticus Ross. If you haven't read Gillian Flynn's 2012 novel from which it is adapted (scripted by Flynn herself), then the less you know going in the better (I had not read the book nor was I familiar with the story other than the overall set-up). 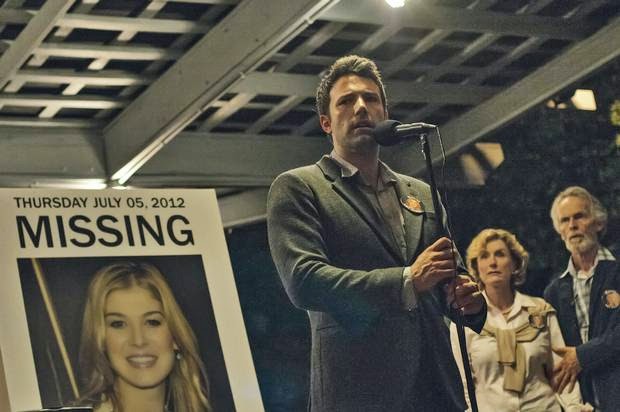 Posted by John Harrison at 1:22 PM

A few very minor quibbles aside, thoroughly enjoyed last week's preview screening of Mark Hartley's new documentary Electric Boogaloo: The Wild, Untold Story of Cannon Films. It has a similar visual style and format to Hartley's previous two film documentaries (Not Quite Hollywood and Machete Maidens Unleashed), making for a neat trilogy of studies on exploitation film genres and filmmakers that had (at the times of their release) been somewhat underappreciated and/or undiscovered by all but the most devoted of movie cultists.


Electric Boogaloo is something of a cautionary tale, of two producers from Israel who lived the American dream until it became too big for them to handle. But for the most part, it is just an entertaining romp through an increasingly-distant period of prolific, low-budget maverick filmmaking. And while the studio are best loved for their exploitation output of the 1980's, lectric Boogaloo reminds us that Cannon Films, and their head honchos Menahem Golan and Yoram Globus, did have their name on some genuinely good films (such as 52 Pick-Up, Evil Angels, Runaway Train and Barfly).

Anyone who spent their weekends in the 1980's at the local video store hiring out tapes like Missing in Action, Death Wish II, Invasion U.S.A., Masters of the Universe, Enter the Ninja, Invaders from Mars, Breakin' and Lady Chatterley's Lover is sure to enjoy lectric Boogaloo. At the Q&A after the screening, director Hartley announced that he has no more film-related works in mind for the future, in which case it is good to see him finish off with possibly the strongest of his doco-trilogy (I thought it was certainly better than Machete Maidens Unleashed, which Hartley admits was mostly a work-for-hire job, and it may even head Not Quite Hollywood, at least after an initial viewing). 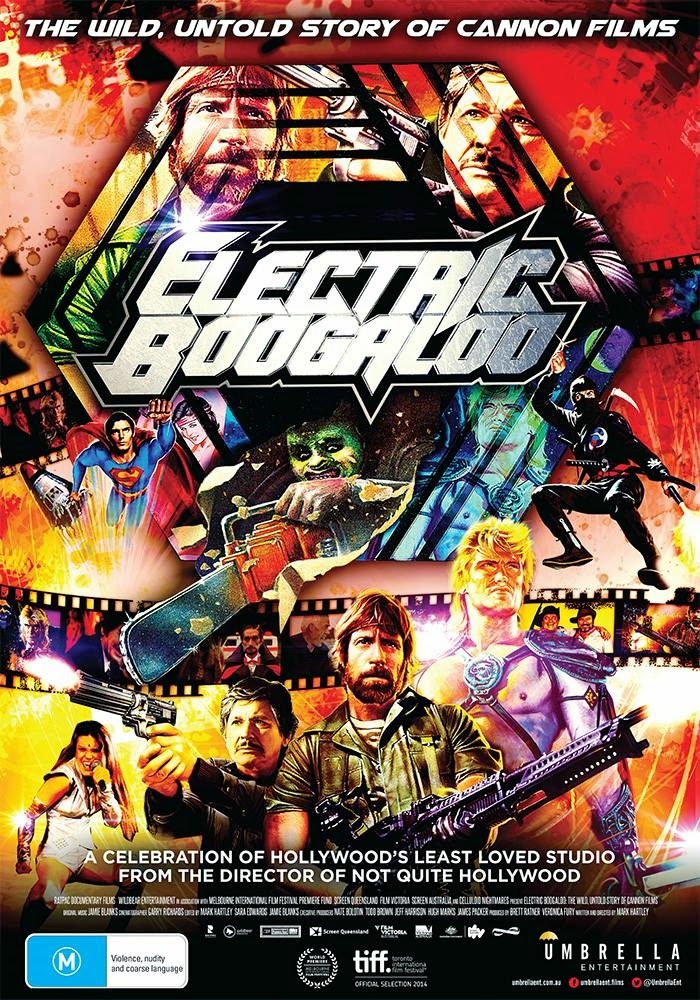 Posted by John Harrison at 1:15 PM