Very excited to announce that fellow Melbourne-based film historian Lee Gambin and myself will be providing the audio commentary for the upcoming Blu-ray release of this infamous 1966 horror western hybrid from the notorious William "One-Shot" Beaudine, one of the most prolific, interesting and misunderstood directors in Hollywood history. Arriving in June from the fine folks at Kino Lorber Studio Classics! 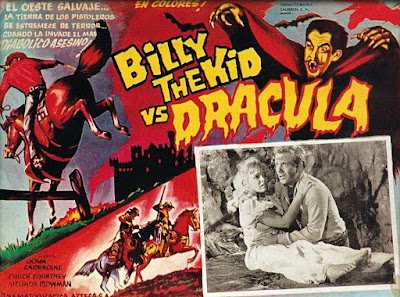 Posted by John Harrison at 7:39 PM